Thank you to Anne Cater and Orenda books for my place on the tour and ebook. All opinions are honest and my own. 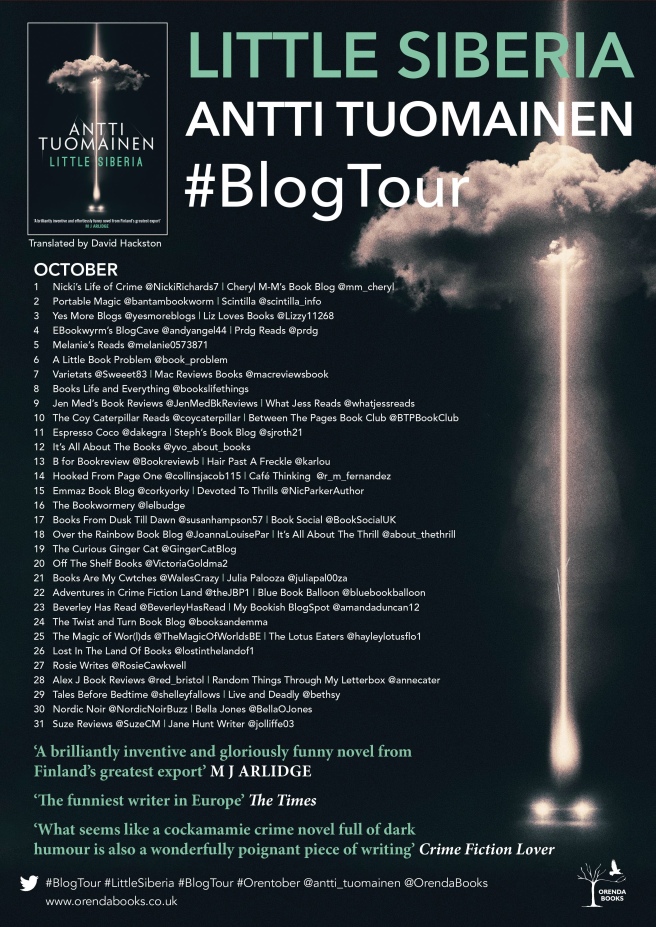 A man with dark thoughts on his mind is racing along the remote snowy roads of Hurmevaara in Finland, when there is flash in the sky and something crashes into the car. That something turns about to be a highly valuable meteorite. With euro signs lighting up the eyes of the locals, the unexpected treasure is temporarily placed in a neighbourhood museum, under the watchful eye of a priest named Joel.

But Joel has a lot more on his mind than simply protecting the riches that have apparently rained down from heaven. His wife has just revealed that she is pregnant. Unfortunately Joel has strong reason to think the baby isn’t his. As Joel tries to fend off repeated and bungled attempts to steal the meteorite, he must also come to terms with his own situation, and discover who the father of the baby really is. 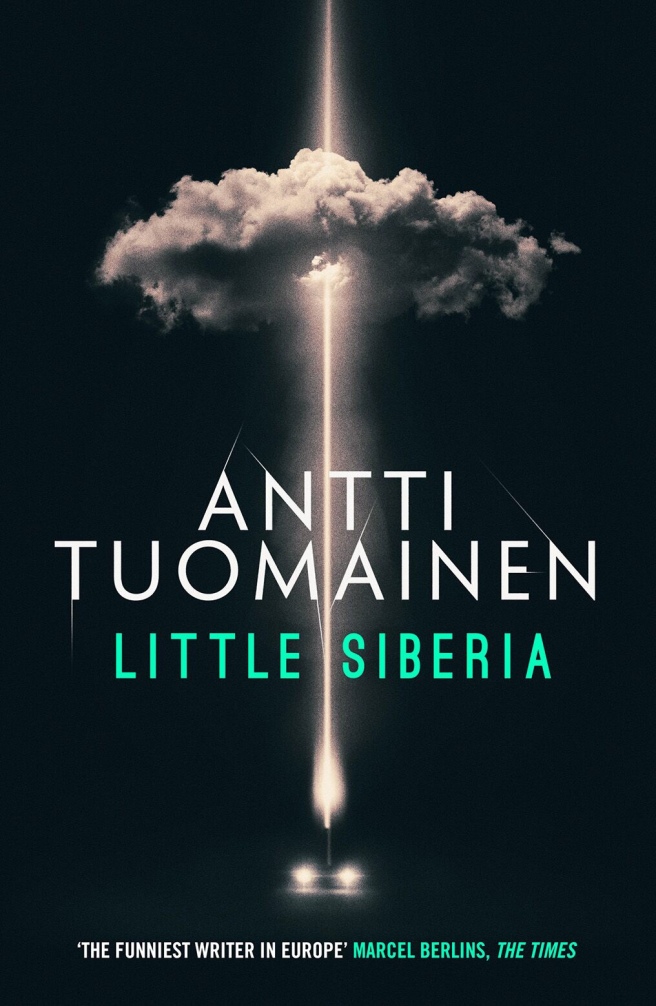 I like things that are offbeat, quirky and with a little bit of dark. Films, people, music, books. If it’s different I’m in. For someone who is an atheist I also really like religious undertones, The testament of Gideon Mack and The Shack being great examples.

Well this book has it all and then some, a great protagonist in Joel ex military chaplain and now sterile priest whose wife is pregnant. (Miracle conception I think not!). A rare meteorite falling from the sky through the car of a drunk lunatic driver and then as if that isn’t enough Antti has added in some highly dubious Russians and a femme fatale.

This was my first Scandi noir and the setting felt so cold and remote I was worried it might set off my Raynauds. So heating on and a hot cup of tea made I settled in not knowing what to expect. Well I certainly did not expect it to start with a suicidal drunk mission and go on to people accidentally blowing themselves up!

This is a little gem, philosophical in nature it questions faith and losing it, how well you know people you see all the time, what lengths people go to for money and what is really important.

If you liked the films In Bruges, Fargo and Three Billboards outside Ebbing, Missouri then you will love this.

I’m now going on the hunt for some more Scandi noir. 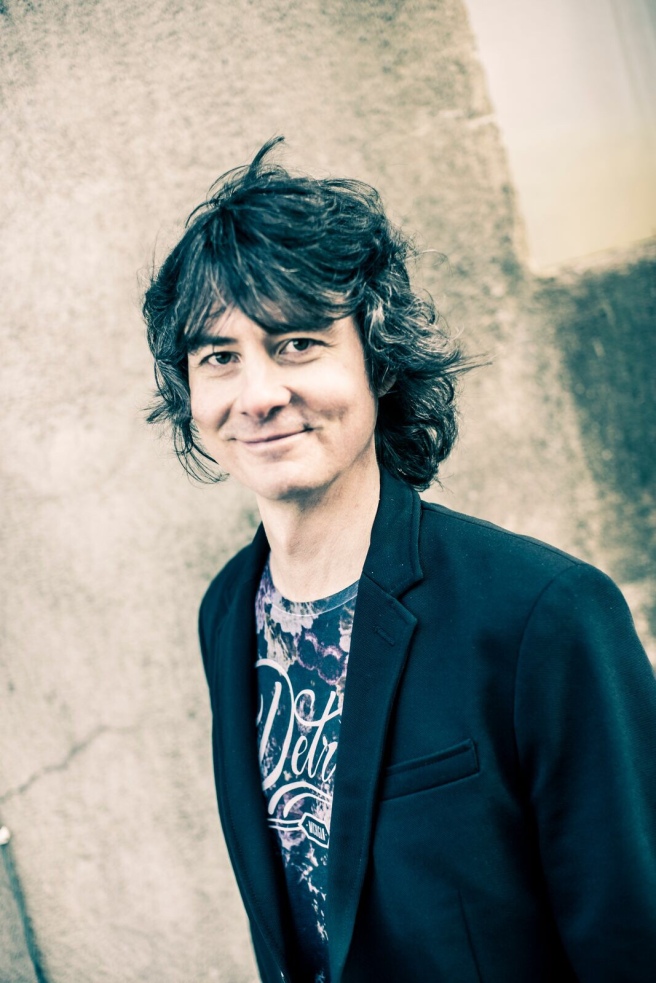 Finnish Antti Tuomainen was an award-winning copywriter when he made his literary debut in 2007 as a suspense author. In 2011, Tuomainen’s third novel, The Healer, was awarded the Clue Award for ‘Best Finnish Crime Novel of 2011’ and was shortlisted for the Glass Key Award. Two years later, in 2013, the Finnish press crowned Tuomainen the ‘King of Helsinki Noir’ when Dark as My Heart was published. With a piercing and evocative style, Tuomainen was one of the first to challenge the Scandinavian crime genre formula, and his poignant, dark and hilarious The Man Who Died (2017) became an international bestseller, shortlisting for the Petrona and Last Laugh Awards. Palm Beach Finland (2018) was an immense success, with The Times calling Tuomainen ‘the funniest writer in Europe’.