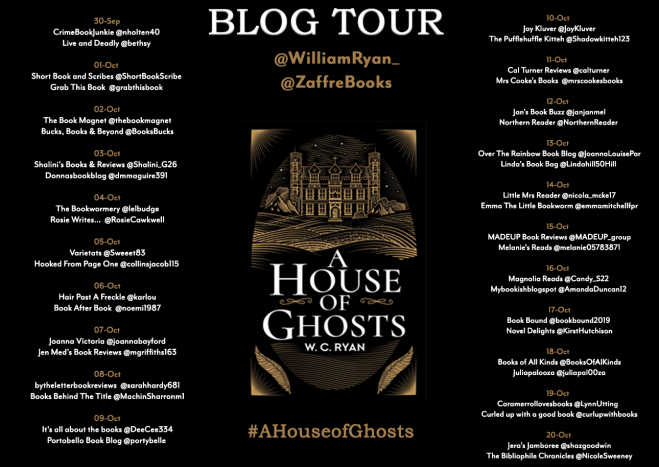 Thank you to Tracy #CompulsiveReaders and Zaffre Books for my place on the tour and my beautiful paperback copy. All opinions are honest and my own. 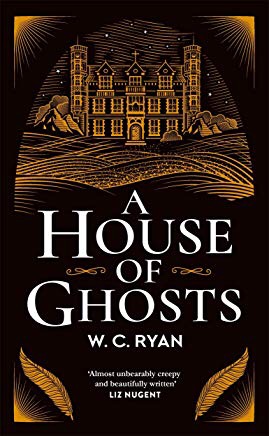 Winter 1917. As the First World War enters its most brutal phase, back home in England, everyone is seeking answers to the darkness that has seeped into their lives.

At Blackwater Abbey, on an island off the Devon coast, Lord Highmount has arranged a spiritualist gathering to contact his two sons who were lost in the conflict. But as his guests begin to arrive, it gradually becomes clear that each has something they would rather keep hidden. Then, when a storm descends on the island, the guests will find themselves trapped. Soon one of their number will die.

For Blackwater Abbey is haunted in more ways than one . . .

With it being the month of Halloween what better than a nice mystery featuring spiritualists, ghosts and a strange mirror that breaches the curtain of death.

This beautiful black and gold book on opening includes a map of Blackwater Island and a great opening chapter introducing Captain Donovan. We then go on to discover he is there for a meeting with military intelligence as top secret information is finding its way into enemy hands.

At the meeting he meets Kate Cartwright, her brother is MIA and her engagement has been called off. I loved Kate, her intelligence shone from the page.

Kate is commanded to accept an invitation which she had previously declined to attend a spiritualist event contacting the dead who have been lost at war with her ex fiancé (awkward) and Donovan posing as his valet (wearing an eye patch to explain why he is not fighting in the war).

The setting of an island cut off from any help, storms, secret passages and ghostly goings on it’s easy to see why this has been compared with Agatha Christie.

This is a slow burner and more a character driven book as the action doesn’t really start until three quarters of the way through. Don’t let that put you off though as the writing is enough to hold your attention.

This is not only a tale of espionage but a great little mystery with supernatural elements .

W. C. Ryan is a pseudonym for William Ryan, author of The Constant Soldier and the Korolev series of historical crime novels. His books have been shortlisted for numerous awards including the Theakston Crime Novel of the Year Award, the CWA Historical Dagger and the Ireland AM Irish Crime Novel of the Year Award and have been translated into over a dozen languages. William is married and lives in west London

2 thoughts on “BLOG TOUR – A House Of Ghosts by W.C.Ryan”